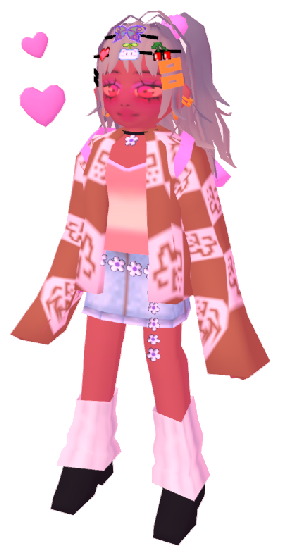 the game centers around our protagonist, jade.

jade grew up in manhattan beach with her childhood friend stef. she was more interested in hanging out with stef than studying, but was under pressure by her parents to behave well and thus tries to get along with everyone. after her high school graduation, having being served an eviction notice, jade's family moved away right before the #great storm. after a series of life events, including working dead-end jobs, the pressure of life wore down on jade and decided that she had enough of her current life and left to go back to her hometown.

jade returns to her old apartment, damaged heavily due to flooding. finding that most of the neighborhood is desolate, jade makes the top floor apartment her new home. this is where we begin the story, as the protagonist learns of what happened during her absence and comes to term with the fact that life goes on. people leave, stores close, and the world changes.

after a short reunion with stef, jade is saddened as stef shortly leaves town to persue her passion in filmmaking. feeling lost, jade tries to find her new goal in life. after a particular stormy day, jade finds a pup by her door and thinking it was sick, tries to take care of it with the help of some medicine from claire. but! she mistakenly breaks the curse that trapped syd in a pup form.

syd is the fellow neighborhood demon that grew up in the generation before jade - amongst the likes of jackie, devin, etc and similarly finds herself in jade's situation - grappling with loss. jade sees herself in syd and feels the desire to comfort her. the two of them form a bond that is rather unexpected..

after meeting the cast of vagabonds and squatters left behind, jade embraces her new home. seeing the destruction of her home as a second chance, jade gathers everyone she knows to form community events - a pirate radio(?), creating mesh networks, & uhhh #somethingsomething...

authors note: i haven't quite decided how the story/game should be concluded. to be continued... :B